Why Melbourne changed their street furniture to stainless steel 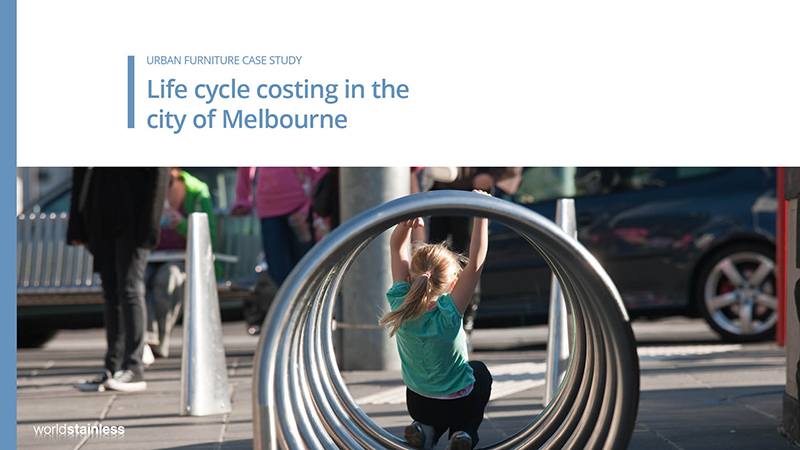 Interview with Ian Dryden, Principal Industrial Designer at the City of Melbourne.

Ian Dryden is the principal industrial designer within the City Design and Project team at the City of Melbourne. Since 1987, his task has been to program, design, implement and market street furniture and temporary facilities for the city. Ian's major task has been the design and coordination of the street furniture, temporary fixtures, kiosks, toilets, decoration, lighting systems and pedestrian information signage for the city's master plan. Ian's work has received both popular and professional recognition. He is a contributing member of the city’s Urban Design team, who has won a number of AIA, AILA, IES awards and international industrial design awards for the cities projects.

On Monday 17 October, Ian visited the worldstainless Offices in Brussels and spoke to Research Fellow, Frank Sukjun Yoon and Secretary-General, Tim Collins about the whys and how’s of choosing stainless steels for the street furniture in Melbourne. The interview, along with a detailed case study (including a comparative study), is now available on the worldstainless website.

worldstainless is a not-for-profit research and development association which was founded in 1996 as the International Stainless Steel Forum. Our vision is to sustain our world’s future with stainless steels.

Did you know #stainlesssteel is an ideal material for #commercialKitchens?
https://t.co/DjnfDahnP0