Why Melbourne changed their street furniture to stainless steel

Interview with Ian Dryden, Principal Industrial Designer at the City of Melbourne

Ian Dryden is the principal industrial designer within the City Design and Project team at the City of Melbourne. Since 1987, his task has been to program, design, implement and market street furniture and temporary facilities for the city. Ian's major task has been the design and coordination of the street furniture, temporary fixtures, kiosks, toilets, decoration, lighting systems and pedestrian information signage for the city's master plan. Ian's work has received both popular and professional recognition. He is a contributing member of the city’s Urban Design team, who has won a number of AIA, AILA, IES awards and international industrial design awards for the cities projects.

On Monday 17 October, Ian visited the worldstainless Offices in Brussels and spoke to Research Fellow, Frank Sukjun Yoon and Secretary-General, Tim Collins about the whys and how’s of choosing stainless steels for the street furniture in Melbourne.

worldstainless: How was stainless steel selected as the raw material for street furniture in Melbourne despite the higher initial cost?

Ian Dryden: I cannot emphasize enough that street furniture is what is seen by citizens, not the pavement or gutters. Nobody looks at the asphalt nor the gutters. When we changed the street furniture, I explained to management that investment is needed, as the furniture is what makes the city stand out visually. Keeping a city nice and tidy is important as it affects the image of the city. All of this is possible with stainless steel, it looks good and it is easy to clean and maintain.

worldstainless: What was the situation in Melbourne at the time? 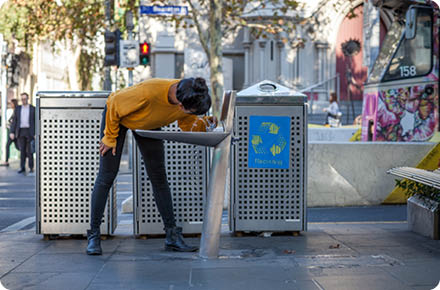 Ian Dryden: Suburbs were taking over. People did not want to live in Melbourne because of the image. The city was becoming a donut city, which is why I was employed, now 35 years ago.

worldstainless: What did the city request to your team in terms of design?

Ian Dryden: The City wanted a clean, well presented and safe city. If you don’t look over your city, and graffiti appears all over the place, it becomes a ghetto.

worldstainless: How can financial savings be done with a higher initial cost? 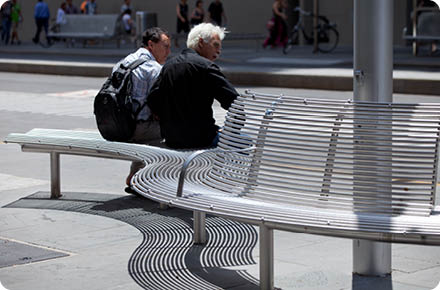 Ian Dryden: Let me give you a simple example. A paint crew was employed to paint over furniture made from a different material. The cost of maintaining the paint crew and supplies cost 8 times the cost of the original furniture. In the end, it was too expensive.

worldstainless: Can you estimate the financial savings for the City in the long term? 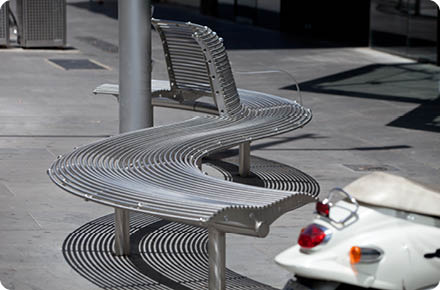 worldstainless: Did you not encounter resistance internally as some cities tend to replace street furniture just because it looks better, and it stimulates the local economy?

Ian Dryden: It happens all the time, but for stainless steel less so because it lasts much longer (30 to 35 years) and if you clean it regularly it looks like it came out of the factory yesterday.

worldstainless: What grade did you use mostly use?

worldstainless: How do the government bodies respond to change? 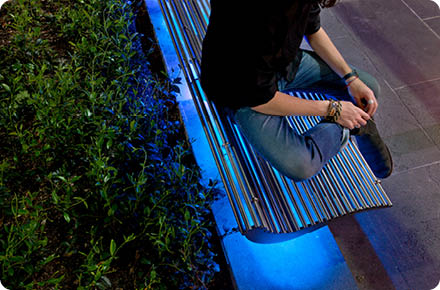 Ian Dryden: The design team are the ones who want change, who will look for something new. The regular engineers will be the opposite and say that it’s not their work.

worldstainless: Have other cities taken the City of Melbourne’s example of implementing stainless steel street furniture?

Ian Dryden: The City of Perth, Monash University has followed a similar path, as well as the City of Port Philip area. Although City of Port Philip did not have sufficient funds; I advised that all they need to do is change their bins, water fountains, seats, bike hoops and the city will look much better. 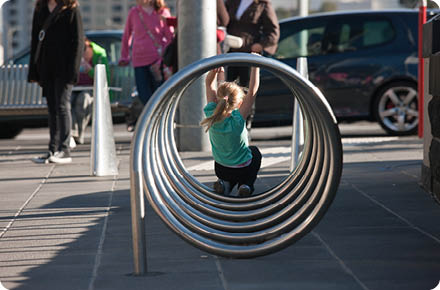 worldstainless thanks Mr Dryden for this interview. All pictures on this page are courtesy of the City of Melbourne (melbourne.vic.gov.au).

A case study of the City of Melbourne street furniture has been developed. It contains details of the furniture installed and a life cycle cost calculation comparing stainless steels to carbon steels.

worldstainless is a not-for-profit research and development association which was founded in 1996 as the International Stainless Steel Forum. Our vision is to sustain our world’s future with stainless steels.

To protect materials from corrosion we first have to understand why it occurs after which we can find solutions to avoid it as much as possible.
https://t.co/KauMWIPB80
#stainlesssteel #corrosion #corrosionResistance

Did you miss the first session this morning? No worries, you can join session 2 at 15:00 CET.
Register here: https://t.co/bqCmjLzes2
#stainlesssteel #fasteners #fixings #webinar